Speaking to Dream Team Gaming at the gamescom convention in Cologne, lead gameplay designer Sam Rivera explained how it will work.  The developer introduced the new mechanic to the popular mode, which will see managers barter with agents and clubs if they’re to land a star player in FIFA 18. 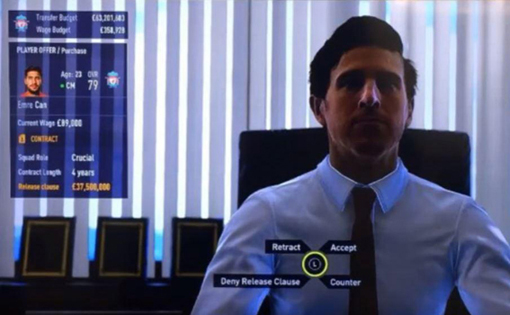 You then start talking about the player. “At that point, you need to negotiate with the club how much money you’re going to pay for that player.” “First of all you approach the club,” he said. “Then you have the scene when you have yourself, the manager, and the player of another club.”

“Depending on your offer you may get more chances. So, if the player is worth £50million and you offer £5m, they’ll say you are wasting their time. They react in real time to your offers.” “Right away if you say I’m going to give £5million for a very expensive player, they will say that’s far too low. You then need to go higher or say no deal.

After you’ve talked to the manager, you then have to talk to player and the agent.

“At that point you have to negotiate other stuff,” explained Rivera. “First of all salary and then the player’s role in the team. The players will also be asking you for bonuses.”

if you’re not having much luck, Thankfully, Rivera revealed there’s another trick you can use to secure that star signing.

“It works by agreeing with the club that they would get 15% of the value if that player is sold in the future. It gives you a much better chance of getting that player.” “The Sell On clause can be used to convince the club to sell a player,” said Rivera.

For those looking to pick up FIFA 18 on the Nintendo Switch, though – don’t get too excited.

The Switch version will feature Career Mode – but it won’t be anything like what’s on Xbox One, PS4 and PC. 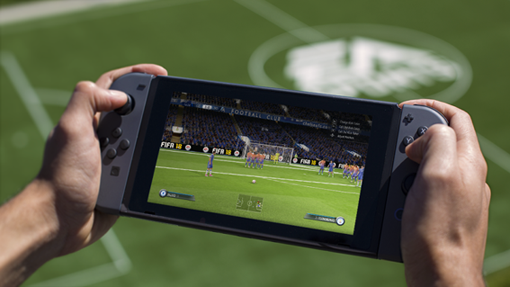 In fact, it will be an almost carbon copy of FIFA 17’s version.

An EA developer said: “(Career Mode) is probably a similar experience to last year – but it is an experience that has been catered for this season.”

When asked if there’s anything the Switch does differently in the mode, they said: “In Career Mode, no.” While this may disappoint some players, it could prove very handy for those already familiar with the game.

Menus and gameplay mechanics will be easier to pick up – and you won’t need to get your head around some of the new additions.

Still, it’s a shame interactive transfer negotiations have not been included in some way – but this is likely down the Switch’s inability to run Frostbite at a high-enough level.